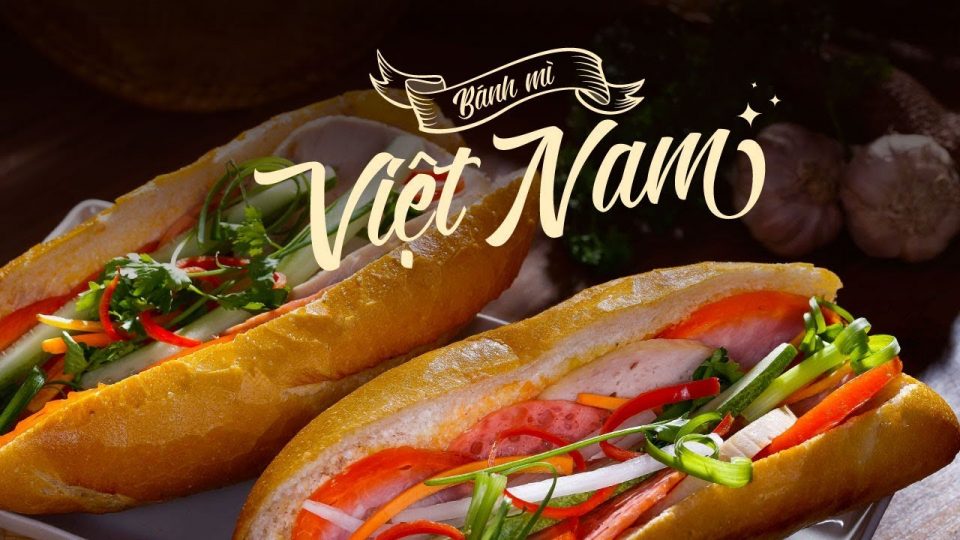 No street food list can be completed without the name of Banh mi. It started out as a colonial novelty during the French colonization in Vietnam, became a nationwide favorite and now gain fame and popularity globally. “Banh mi” even has a spot in Oxford dictionary on 24th March 2011. What exactly about Banh mi that makes everyone fall in love? The uniqueness of Banh mi not only lies within the crunchy French influenced baguette, but it is also the flavorful and diversified fillings that helps it gain popularity worldwide.

Banh mi can be served as any meals during the day. It all starts with a very light, fresh, crispy and not overly dense Viet style French baguette. Inside the baguette are layers of tasty fillings and accompaniments. Enthusiastically adopted by new audiences, Banh mi can be made with various fillings, prepared in numerous ways, ranging from sour, spicy, salty and sweet in term of flavors.

Depending on customer’s needs, the seller will offer many different types. Some common and traditional Banh my fillings are paté, mainly chicken or pig liver paté; fried egg; pork floss; pork roll; cured pork cold cut. In between layers of paté, eggs, pork floss, etc. are fresh herbs, namely cilantro, basil; shredded pickled carrots and green papaya; cucumber slices and a touch of gravy or soy sauce. Stretching from North to South, Banh mi filling diversifies regionally. Besides the traditional fillings, banh mi can be packed with siu mai (in Da Lat), grilled chopped fish (in Nha Trang), fries (in Hanoi) or instead of using normal baguette, people in Hai Phong city have their own “banh mi que” in the shape of a big flat chopstick. In generally, banh mi que includes pate, pork floss, cilantro and is spicy. Compare to traditional Banh mi, Banh mi que is much cheaper and is quite popular as a snack.

With it reputation, Banh mi is considered to be the essence of Vietnamese cuisine. It is a must-try that even the pickiest eater can’t resist.