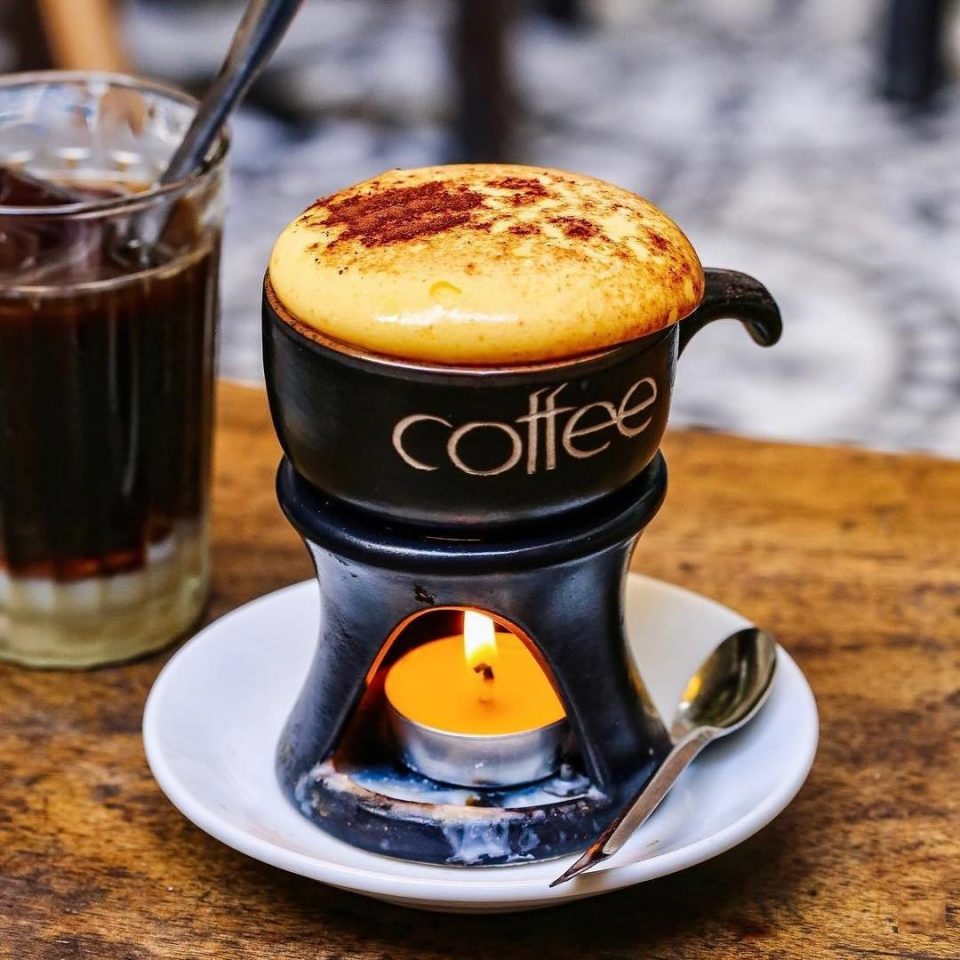 The term egg-coffee may seem odd to many people. Coming to Hanoi, it is definite not; even it does taste far beyond your imagination.  In order to make this drink, egg yolk is whisked with heated condensed milk until the mixture becomes frothy and fluffy. Then, the fluffy mixture is added on top of the coffee cup. A well-prepared egg-coffee cup is full of flavor: the bitterness of coffee, the sweetness of milk mixed with the creamy taste of whisked egg. 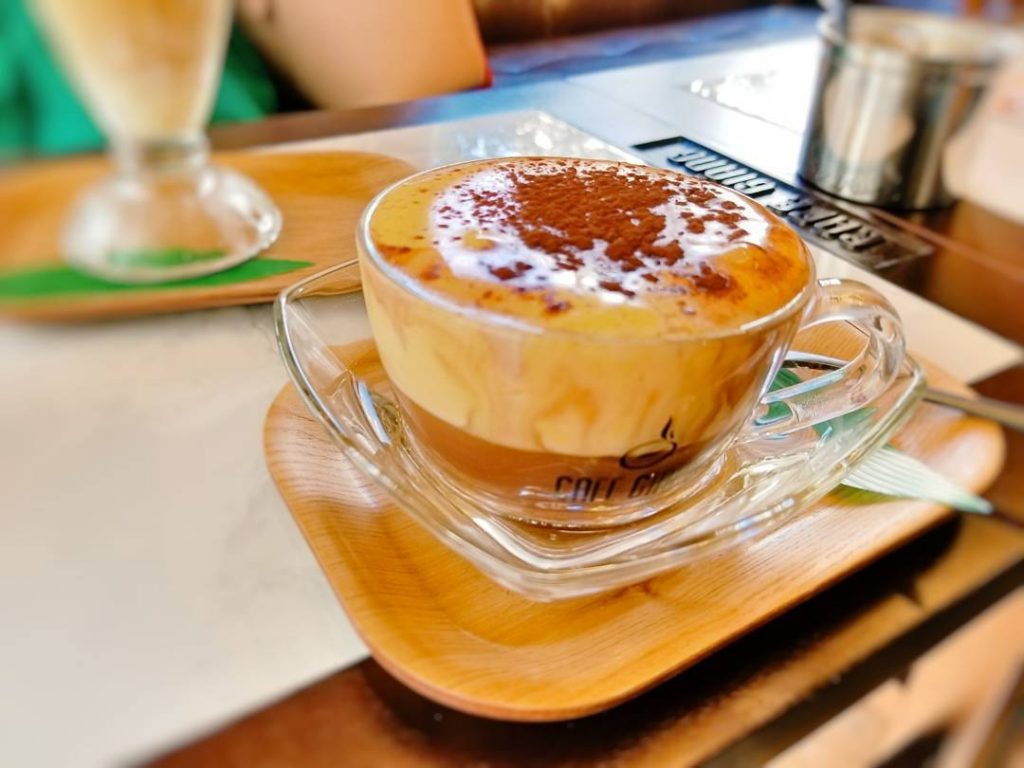 It all started in early 20th century when Vietnam was under French domination. The inventor of egg-coffee, Mr. Nguyen Van Giang was a bartender working for the 5-star Sofitel Legend Metropole hotel. Due to a milk shortage in Vietnam at that time, he replaced milk with egg yolk to make a cappuccino. After creating the recipe, he started his own business – Giảng café. Later, two other egg-coffee shops are opened by his children- Đinh café (next to Sword Lake) and Giảng cafe on Yên Phụ street. Today, Giảng and Đinh café are still the two most famous one for egg-coffee. Having appeared for a long time, egg-coffee is still a hot trend in Hanoi because of its unique flavor and the nostalgic feeling it brings. 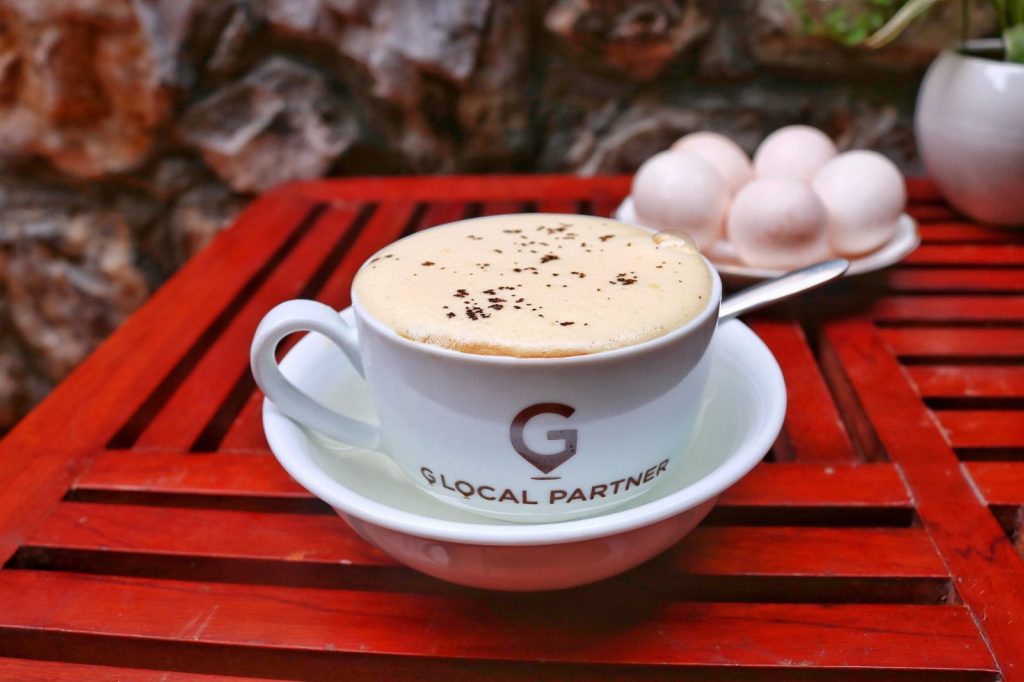 Halong Carnival – The most famous festival in Halong

10 Stunning All-inclusive Resorts in the Maldives