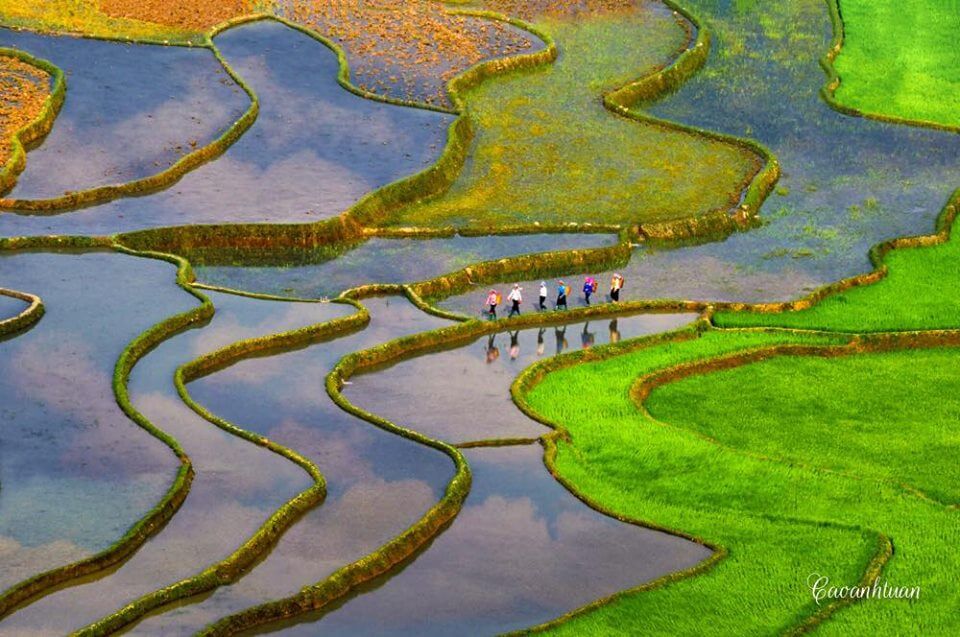 Located in Southeast Asia, Vietnam is a small and beautiful country with victorious history, profound patriotism and wonderful landscapes. Exploring the beauty of the country with its people and culture should be done once in one’s lifetime.

The Socialist Republic of Vietnam, widely known as Vietnam, is not a strange name to the whole world. The country becomes a nation going places. Although this country is ravaged by a series of wars which causes serious damages, Vietnam in the eyes of the world is nice and peaceful. Vietnam is located in the eastern Indochina Peninsula in Southeast Asia, with Hanoi as its capital.

With an area of ​​331,690 sq. kilometers, to the north of Vietnam is China, to the west is Laos and Cambodia, to the east is Gulf of Tonkin and East Sea, and to the south is Thailand Gulf. The land is a center of trading, cultural interaction, and even conflicts for centuries. It proves that Vietnam has an advantageous position in the region with long coastline and numerous attractions. Having a tropical climate, Vietnam is well known for from magnificent scenery and colorful hill tribes to wide terraced fields in Red River Delta and Mekong River Delta, to majestic mountains, and white sandy beaches. Vietnam, nowadays, is one of should-not-miss destinations in Asia.

Vietnam geography has for a long time owned precious benefits nowhere else could be found. Vietnam, officially called The Socialist Republic of Vietnam is situated on the eastern part of Indochina Peninsula in Southeast Asia. Whole Vietnam’s territory runs along the eastern coast of the peninsula, in which the mainland extends from the longitude 102°8’E to 109°27’E and between the latitude 8°27’N and 23°23’N. In addition, Vietnam also considers Paracel Islands and Spratly Islands as its territory.

The S-shaped country has a north-to-south distance of 1,650 kilometers and is about 50 kilometers wide at the narrowest point. The country also has a land border with China (1,281 km), Laos (2,130 km), Cambodia (1,228 km) and a long coastline, adjacent to the Gulf of Tonkin, East Vietnam Sea and Gulf of Thailand.

Located in the area of tropical monsoon climate with high humidity of over 80% all the year round, with the diversification in topography, three main regions of Vietnam stretch in different climate zones. The climate in Vietnam varies from North to South, from mountains to plains and coastal. The divisions of Vietnam weather may cause certain effects on travel decisions of tourists.

Vietnam is often depicted as a place with steamy jungles and hot beaches, but country’s climate is quite diverse, with freezing temperatures and even snow in its northern highlands.

Vietnam has two distinct monsoon seasons. The southwest monsoon brings in wet and humid weather while the northeast monsoon delivers drizzly, colder temperatures to the north and dry weather to the south.

Northern Vietnam has four seasons: during its winter months December-February, it may dip down to 5-6°C occasionally, even below zero in mountainous areas. The summer months of June and July are hot, with daytime temperatures reaching 35°C. Drizzling rains and more pleasant temperatures come in autumn, August-November, and the spring, March-April.

Overall, Vietnam enjoys a mild tropical or subtropical climate and aside from a few months a year in the high northern region you’ll never need to worry about packing cold-weather gear. But do bring an umbrella, especially if visiting from July to November, Vietnam’s stormiest months. 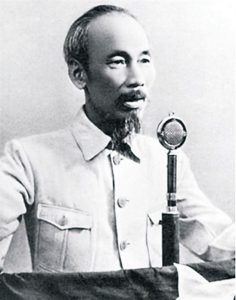 Vietnam has a long-lasting history starting from 1000-2000 years BC. After experiencing over centuries with many dynasties of Ly, Tran, Le, Nguyen, Vietnam became the colony of the French.

Since July 2, 1976, the Socialist Republic of Vietnam is the official name of the country. Currently, Vietnam is a socialist state with single political party, the Communist Party of Vietnam. From January 11, 2007, Vietnam officially became the 150th member of the World Trade Organization. On October 16, 2007, at a poll which was placed at the meeting of the United Nations General Assembly in New York, Vietnam was officially elected as non-permanent members of the UN Security Council for the 2008-2009 term. 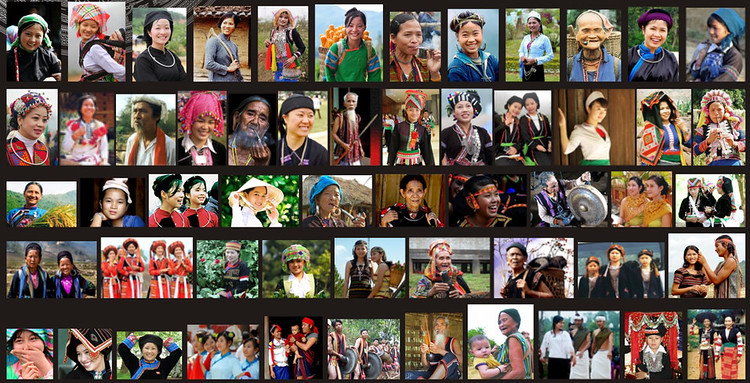 Vietnam is one of the most populous countries in the world with the population of over 83 million of which 25% in cities and 75% in rural areas. Population growth rate in Vietnam is 1.18% annually. The most populous cities in Vietnam are Ho Chi Minh City (5 million), and Hanoi (3.5 million). In the territory of Vietnam, there are 54 ethnic groups living together in harmony, in which Kinh people account for 86% of whole population. The rest number of the population fluctuates around 1 million, including ethnic minority people of Tay, Nung, Thai, Muong, Khmer, etc.

Kinh people reside across the country, especially in plains and river deltas. They are owners of rice civilization. Meanwhile, the majority of ethnic groups live in midland and mountainous regions, stretching from north to south. Most of them live alternately; in which the typicality is ethnic minority communities in the North and North Central. However, they are all friendly and love peace. Vietnamese people are friendly and enthusiastic. They welcome visitors to their country with open arms and friendly smiles.

As being a nation of 54 ethnic groups, Vietnam absolutely has a colorful culture with various traditional customs and cultural identity. Vietnamese culture is affect much by main religions as Confucianism, Taoism, Buddhism, Roman Catholicism, and Cao Dai. Most of Vietnamese people thought that they do not follow any religious, yet they go to temples and pagodas annually to pray for luck and happiness. A large number of ancient temples and pagodas are built across the country since ancient time.

In Vietnam, there is a perfect balance between ancient architectures and here and now ones. Despite the influence of Chinese, French occupation and American intervention, Vietnam has been left with a vivid legacy from different cultures evident in the character of its towns, as well as in the architecture and food. The Hoi An ancient town, once a major trading port, still keeps completely architectural influences of the Asian merchants, while the broad boulevards Hanoi and Ho Chi Minh City are reminiscent of France.

In addition, Vietnamese is one of the country highly appreciating major holidays, festivals and rites of passage. The most important festival in Vietnam is Tet Nguyen Dan (Tet). In Vietnam, there are many rites such as birth of a child, engagement, marriage, funeral, and anniversary of ancestors’ death. All of these features create a unique cultural identity of Vietnam. 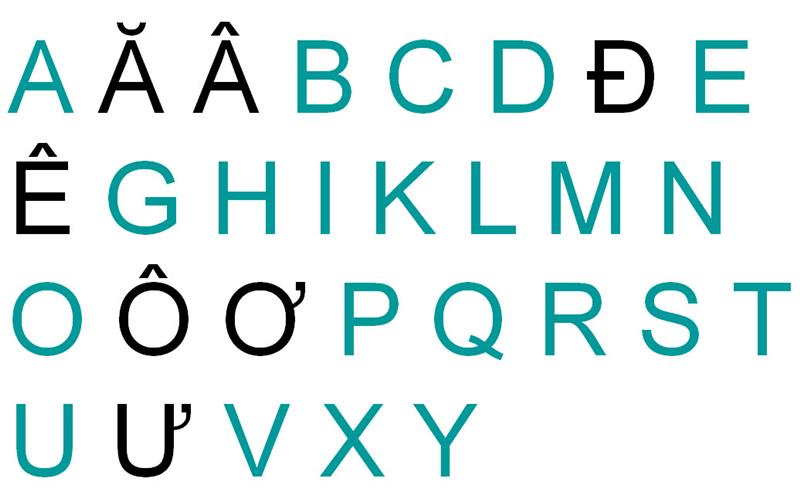 Vietnamese is the official language of Vietnam. About 85% of the population speaks Vietnamese as their mother tongue, while the minority ethnic people speak this language as their second language. As being spoken by a large number of native speakers, surpassing some other languages like Turkish and Italian, Vietnamese is regarded as one of the most important languages in the world.

According to the world’s statistics, there are at least about 80 million people speaking Vietnamese all over the world, of course, in Vietnam, the figure is overwhelmed in Vietnam itself. Although some Vietnamese words are borrowed from Chinese words, Vietnamese language has its own features with Latin alphabet, or Vietnamese alphabet. Vietnamese education is in the progress of integration. There are four education levels in Vietnam: primary, secondary, high school, and university.

Vietnamese politics is formed under the model of a single socialist republic party. In this political system, the State of Vietnam is led by the President, and the Government of Vietnam is led by the Prime Minister under Communist Party. Executive power is ruled by the Vietnamese government and President. Legislative power is authorized by the National Assembly of Vietnam. The Judiciary is not dependent on the executive. The National Assembly of Vietnam is the highest representative organ of the people, and it is the only organ holding the legislative power. This agency has a huge responsibility in monitoring all functions of Vietnam government. At present, Vietnam has six socio-political organizations, including Vietnam Fatherland Front, Trade Unions, Vietnam Women’s Union, Ho Chi Minh Youth Union, Veterans Association, and Farmers Association. Leaders of these organizations are Communist Party members and organizations governed by the Communist Party.

Vietnam is a developing country. Emerging from an under-developed country, Vietnam is recovering and developing after the damage of wars. After 1986, with Economic Reform, the economy of Vietnam has gained a huge accomplishment with the average growth rate of 9%. As being a market economy, highly dependent on crude exports and foreign direct investment (FDI), Vietnam is the 6th largest economy in Southeast Asia and the 57th one in the world, in terms of nominal gross domestic product in 2011. Vietnam owns a mixed economy, but the state intervention in the economy is still at a high level. Currently, the State of Vietnam has been applying measures of administrative price control by requiring economic groups and corporations to adjust levels of investment, gasoline price, and prices of steel, cement, and coal. There are seven economic regions in Vietnam, including Northwest, Northeast, Red River Delta, North Central Coast, South Central Coast and Highlands, Southeast, and Mekong Delta.

Everything You Need To Know About Cambodia From Jungle Temples