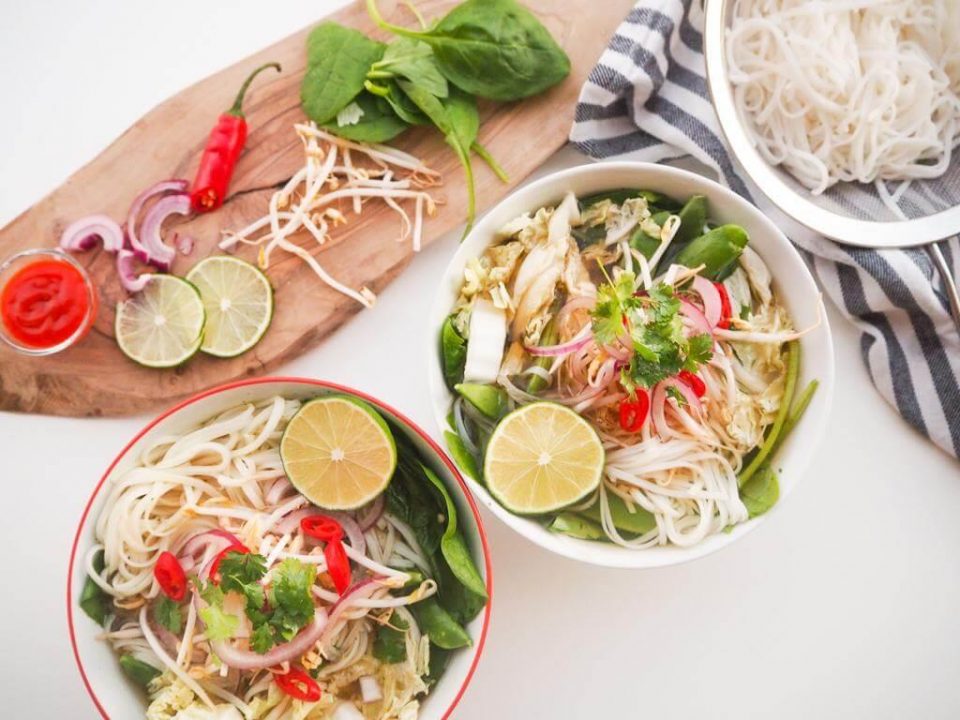 Ask a random Vietnamese on the streets of what they have for breakfast and the most common answer is pho. It is not simply a dish which could satisfy an empty stomach every morning but pho is also considered the essence of Vietnamese cuisine. 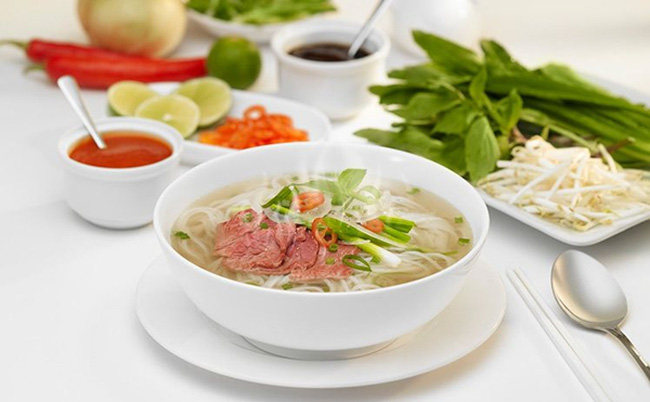 Pho has its origin in Hanoi but it has become popular all over the country for more than half a century. In general, pho is a perfect combination of many different flavors. The stock is the real base of pho which is prepared meticulously by simmering beef bones in water for at least 18 hours and adding some ingredients and spices such as onion, ginger, star anise, cinnamon stick, black cardamom,… This produces a deep, rich, clear broth, heavenly to smell and addictive to drink. A perfect bowl of pho consists of rice noodle, finely sliced beef (well-done or half-done, it depends on which one you choose), onion, green onion and coriander for garnish and flavor. When serving, it is advisable that you add some chilly pepper, squeeze 1 to 2 lime wedges and have a sip of this delicious stock before enjoying the combination of rice noodle and beef. 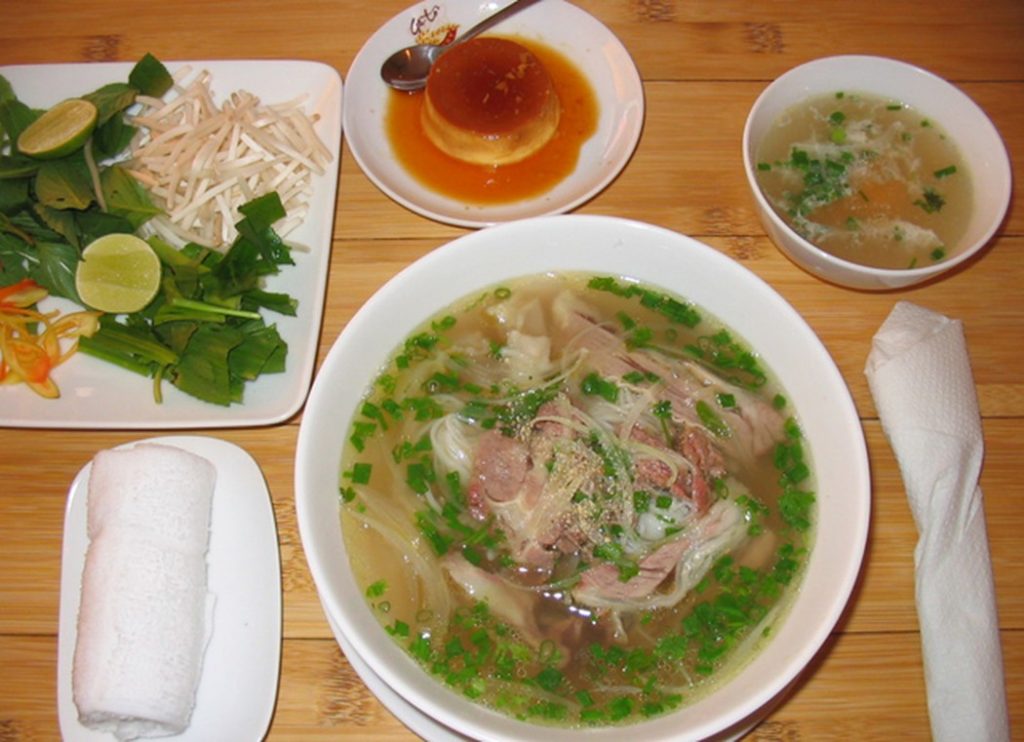 If this is the first time you have tried this dish, you would be impressed with the texture of every ingredient which makes up a perfect bowl of pho. Have a sip of broth and you can feel a harmony of different flavors as cinnamon stick, black cardamom and star anise. These are unskippable spices to make the broth more . Rice noodle is soft, chewy and goes perfectly with thinly sliced half-done or well-done beef. Half-done beef is chewier, sweeter because it has just cooked by dipping in hot broth for few seconds or by pouring broth on. That’s why beef seemingly keeps up all of its flavors and gives you a feeling of freshness. However, if you are afraid of uncooked meat or having any problems with your stomach, well-done beef would be a perfect alternative. Beef has been cooked thoroughly until it’s no longer chewy. When serving with rice noodle, it feels like they are both melting in your mouth because well-done beef is much more tender. 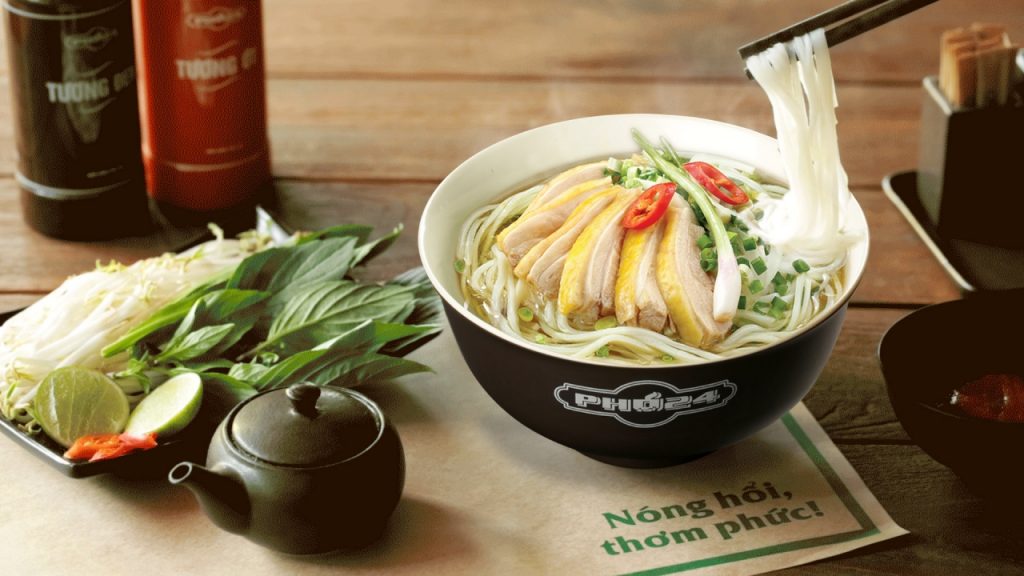 Besides beef noodle, chicken noodle is also the top favorite dish for a breakfast or a light meal anytime of the day. The difference of the two can be recognized by their names, which means beef would be replaced by shredded steamed chicken. The stock, as a result, is made of chicken bones instead. Each type has different tastes but in general they are both considered the essence of Vietnamese cuisine. Pho is more suitable for a winter day, especially when you are trying to stop shivering with cold. The sizzling soup makes your body temperature immediately go up and you can feel the hot broth slowly warms you up inside out. However, a lot of people prefer a bowl of pho on those hottest days of summer, when the temperature can reach 40 o C. It’s when you use the heat to fight the heat. A trip to Vietnam, especially to Hanoi, would be incomplete without trying our national dish, pho. We highly recommend these shops, which can give you different insights into just an extremely popular dish.

The Best Hotels to Stay When Traveling in Europe

Culture | 34 Things to Know Before You Visit China