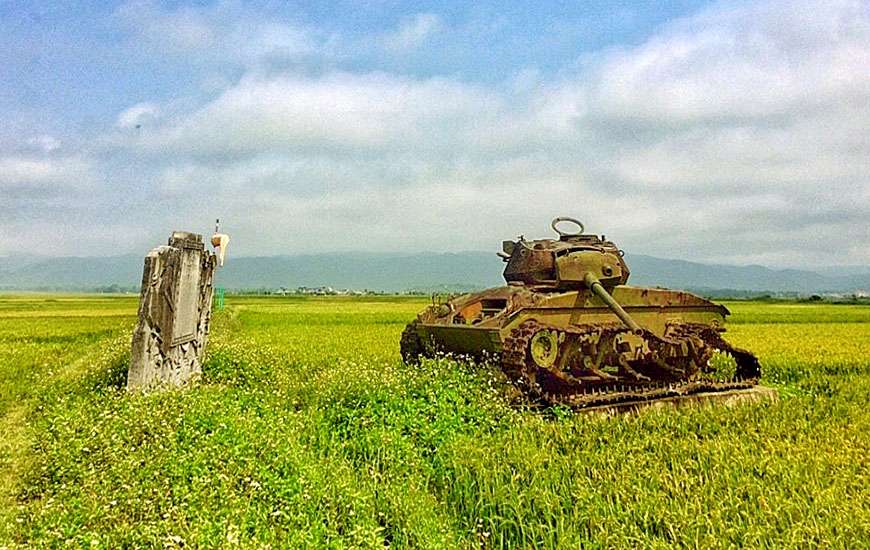 The battle occurred between March and May 1954, resulted in a comprehensive French defeat, and great influenced on the negotiations underway at Geneva among several nations over the future of Indochina.

As of today, Dien Bien Phu is stilled referred by Vietnamese people as the greatest victory in modern history which had made General Vo Nguyen Giap – the battle commander – one of the greatest military commanders in the 20th century.

Starting from late 1953, French forces began to occupy Dien Bien Phu valley in order to turn it into a stronghold and draw the enemy into a decisive battle. Viet Minh commander Vo Nguyen Giap amassed troops and placed heavy artillery in caves of mountains overlooking French camp without the French knowing. From in March 1954, Giap started assaults on opposition’s strong point, eliminating the use of French airfield, sending the French into an unescapable hell on earth. Giap’s first intention was a fast offensive aiming for a fast victory. But in his reevaluation of the situation, he changed the offensive into a siege employing the ‘trench warfare’ tactic which ultimately took 57 days to achieve the final victory.

On May 7, resistance from French forces ceased, Dien Bien Phu was taken back by Viet Minh revolutionists. This defeated essentially ended the French presence in Indochina. Until this day, Dien Bien Phu victory still holds so much value as the most military event that united Vietnamese people and proved that the weak still can win against the strong if there are enough determination and will.

Today, the majority of the scars and relics of the war have been camouflaged by agriculture or built over in expanding developments. There are however still some iconic spots where historians can discover the areas remarkable history.

There are relics left from both the French and Vietnamese troops, General Vo Nguyen Giap’s headquarters is made up of a series of underground rooms, and it was from here that he masterminded the pivotal attacks against the French.

The bunker of Colonel de Castries is another noteworthy bunker, this time French. Colonel de Castries was in charge of the seven French posts at Dien Bien Phu and was captured at this bunker on 7th May 1954.
Hill A1, also known as Elaine by the French was the last of the French posts to succumb to the forces of the Viet Minh. The defeat of the French in the decisive battle at Dien Bien Phu not only ended France’s involvement in Vietnam but set a precedent for future revolutions.