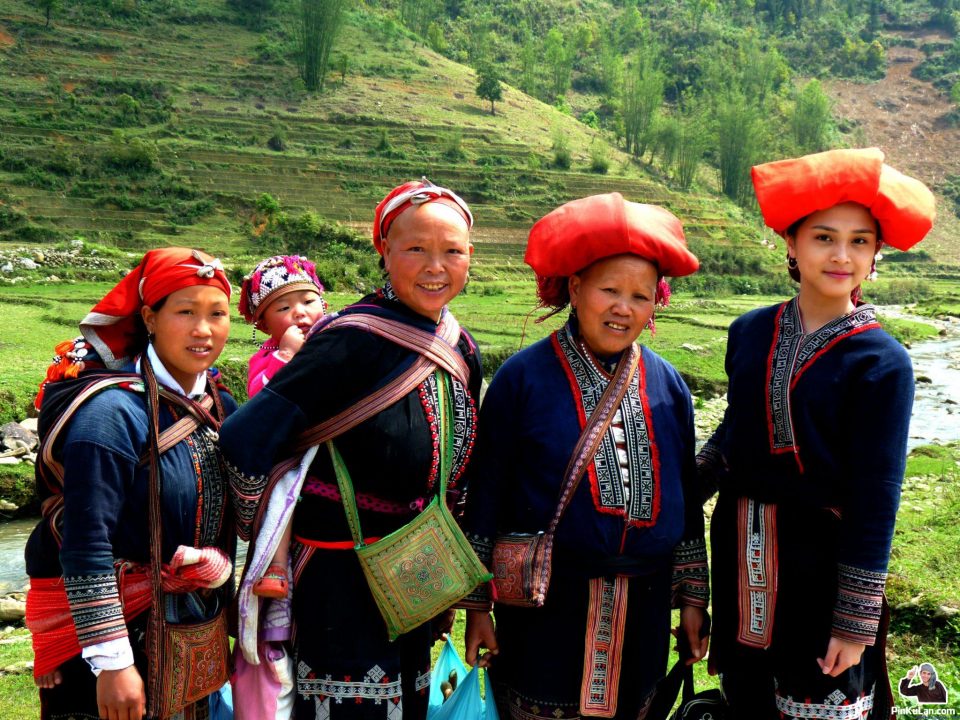 Vietnam – Fatherland of many ethnic groups. Ethnic groups together with children of Lac Long Quan – Au Co, who had birth of one hundred children, half of them went with the mother up to mountains and half went with the father down to sea, together expanding the mountains and rivers “Three mountains, four seas, the best for the land”, with mighty mountains and forests, immense plains and Eastern Sea with four waving seasons; the territory connected from Peak Lung Cu (North) to Rach Tau Village (South), from Truong Son Range (West) to Truong Sa Archipelago (East).

Living for a long-standing period in the country, ethnic groups have traditions of patriotism and coordination in conquering the nature and social fight, throughout the history of country foundation, building and development.

The history of natural conquer is regarded as an epic, representing the creation and fierce vitality, surpassing all obstacles in accordance with natural conditions for production, existence and development of each ethnic group. With different natural geographic conditions (geomorphology, land, climate), ethnic groups have sought for different methods of nature treatment.

In the plain and midland, ethnic groups grow water rice, building the culture of villages and hamlets with the center of communal house, well and banian tree, surrounding by green thorny vital bamboo trees. The plain, farming, village are the source of inspiration, as “powder” of loose-fitting blouses, pink blouse together with conical hat, melody of velvety folk-song and high-pitch South folk-song in Mekong River Delta. Down on the mountainous areas, ethnic groups grow water rice in combination with on-land production for cultivating rice on fields, maize, at first they plant long-term industrial trees (anise, cinnamon tree), in replacement of natural forests. They live on houses on stilts, indigo-colored dress trousers, dress, shirts with various modes of forest flower and animal design. Ethnic minorities often have habit of drinking out of wine jar through pipes, which shows the rich community sentiment. Drinkers are impressed by heady bouquet of alcohol and love of human sentiment.

In the Highlands of Viet Bac, Tay Nguyen, tribesmen select method of clearing forest for cultivation field- as behavior to the nature in the pre-industry age. On the Highlands, the weather is tropical; the cultivation is mainly implemented in summer and autumn. In order to take advantage of the weather and rotation use of land, from long ago, mountainous locals have developed overlapping crops, not only increasing income but also protecting the land from erosion because of summer rains. Skillful hands and aesthetic spirits of girls have made costumes: dress, clothes with harmonious color patterns, diversity of modes, the soft in design, convenient for terrace field labor, for travel across hilly and pass paths. Forests are wild together with methods of underdeveloped cultivation. It is the land arising and developing musical and magic formalities. Almost people in Central Highlands all have traditions to thrust buffalos for offering sacrifices to the Heaven, praying for the support of the Heaven for better human health, animals and bumper crops. This is also the potential area with many mythological stories, epics whose value can be compared with those of China and India but not yet found and studied. Ethnic groups are the owner creators of stone musical instruments, T’rung, Krongput… Traditional gongs and group dances are popular and strong in combination with the public. Along the coast from the North to the South, ethnic groups live on fishing. Every morning fleets of fishing boats sail off-shore and return in afternoon. The life here is also very busy as same as farmers do on fields in crop time.

Everywhere, people fall in line with the nature, the nature also satisfies people.

The voice of each ethnic group creates different languages, but due to Vietnamese ethnic groups live closely, one ethnic group may know languages of some others whom has regular relationship while their own culture character. The diversification culture of ethnic groups is put in general unification rule – the rule of advanced growth of country, like a united particularity in the common of philosophy category.

Vietnam is a multi-nationality country with 54 ethnic groups. The Viet (Kinh) people account for 87% of the country’s population and mainly inhabit the Red River delta, the central coastal delta, the Mekong delta and major cities. The other 53 ethnic minority groups, totaling over 8 million people, are scattered over mountain areas (covering two-thirds of the country’s territory) spreading from the North to the South.

Among ethnic minorities, the largest ones are Tay, Thai, Muong, Hoa, Khmer, and Nung with a population of around 1 million each, while the smallest are Brau, Roman, Odu with several hundred people each.

The Viet people succeeded in establishing a centralized monarchy right in the 10th century. The Cham people once boasted a flourishing culture early in the history. The Tay, Nung, and Khmer ethnic groups had reached high levels of development with the presence of various social strata. The Muong, Mong, Dao, Thai ethnic groups gathered under the rule of local tribal heads. Many ethnic groups divided their population into social echelons, especially those who lived in mountainous areas.

A number of ethnic minorities had mastered some farming techniques. They grew rice plants in swamped paddy fields and carried out irrigation. Others went hunting, fishing, collecting and lived a semi-nomadic life. Each group has its own culture, diverse and special. Beliefs and religions of the Vietnamese ethnic minority groups were also disparate from each other.

However, a fundamental solidarity among ethnic groups has been established on top of this difference as a result of a century-long cooperation on the soil of Vietnam. Right in the first century of the history, a mutual supplement in economic relationship between lowland people and mountainous people was formed. This solidarity had been unceasingly strengthened during wars of resistance for defending the country. Through the shared struggle for defending and building of the country and the mutual assistance for co-existence and development, a common community between the Viet people and other ethnic minority peoples had been established and continuously consolidated and developed.

Nonetheless, an evident gap in the material and moral life has indeed still existed between peoples living in the deltas and those living in mountain areas as well as among ethnic minorities themselves. The Vietnamese government has worked out specific policies and special treatments in order to help mountainous people catching up with lowland people, and made great efforts to develop and preserve traditional cultural identities of each ethnic minority group. At present, the programs of providing iodized salt for remote villages, equipping village’s health care and hygienic station, fighting malaria, building free schools for ethnic minority children, settled agriculture and fixed residence, and projects of creating new writing scripts for minority peoples and studying and developing traditional culture of each ethnic minority group have obtained satisfactory results.